Renzo Vitale explores the narrative between music, science and human perception envisioning sonic spaces for music to evolve, for cities to sing, for people to transcend.


Renzo Vitale is an Italian pianist, composer, sound designer, acoustic engineer and artist. His creative process involves an interrogation of the dichotomy of music and science, which inspires his endless commitment on questioning about human perception.

As a musician, Vitale has composed a wide spectrum of works ranging from dance theater to performative installation pieces and virtual reality experiences. His solo works focus on vulnerable states of human condition, such as the sublimity of emotional gravities and the irrational nature of disorders. As a scientist, his research encompasses architectural acoustics, psychoacoustics, vehicle acoustics and music communication.

In 2015 he joined the Research and Innovation Center of BMW Group where he designs the sounds of electric vehicles. He conceived a new generation of sounds through a novel approach that he calls "Sound Genetics", which defines the aesthetic space of sounds in order to generate soundscapes to envision abstract worlds and to make them audible.


Renzo Vitale holds a PhD in Acoustical Engineering from RWTH University (Germany), two Master degrees (in Electronic Engineering and in Piano) as well as further studies in electronic music, composition and conducting. His research encompasses architectural acoustics, psychoacoustics, and music communication. Previously he has been a research scholar at the Institute of Technical Acoustics in Aachen (Germany), Pratt Institute in New York City and KTH in Stockholm. Vitale's numerous accolades for his research include prizes (DEGA, AIA), scholarships (Daimler-Benz, DAAD, Boncompagni-Ludovisi) and grants (SID, EAA, Filauro Foundation).

2012 marks the release of his first piano solo album, self-produced, titled ZEROSPACE. Recorded at Avatar Studios New York City by Jay Newland and mastered by Mark Wilder at Sony Battery Studios, this Album features a collection of tales inspired by the quest of beauty as driven by resonating empathies of dark romanticism.

Vitale's second Album STORM, inspired by the sublimity of emotional gravities and the turbulence of souls' collisions, premiered in 2013 in Germany as the soundtrack for a new Tanztheater-piece based on Shakespeare's play "The Tempest."
Vitale has been Artist-in-residence together with artist Brian Gonzalez in 2014 at the Cosmopolitan of Las Vegas, where their performative installation "Tell Me Your Secrets" has been exhibited.

In 2015 he joined the Research & Innovation Center of BMW Group in Munich as a Noise, Vibration and Harshness (NVH) Engineering Specialist. Since 2017 he is responsible for Sound Design at BMW, MINI and Rolls Royce.

Vitale was scientific curator of the Season 2017/2018 of the Bavarian Radio Symphony Orchestra with the project Sound and Space. He has been appointed a Fellow of the German Government's Competency Center for the Cultural and Creative Industries and he also is a board member of SPIELMOTOR e.V..

After more than six years of work and research, Vitale released his third Album DISORDERS in 2019. Recorded at Studios La Fabrique in France by Hervé Le Guil and Daniel Cayotte, DISORDERS is an introspective journey about the irrational nature of disorders: an opportunity for redemption.

Since 2019 Vitale works together with Academy Award-winning film composer Hans Zimmer on designing the sound of electric mobility for BMW Group. 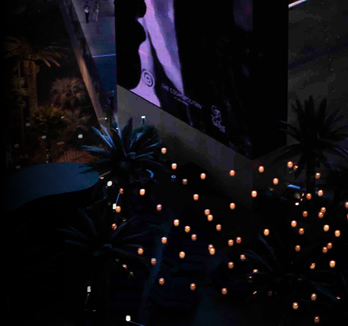